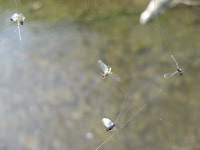 The reports will be far and few between with the dog days of summer here now. The main hatch will be Trico’s and it’s an important one for the fish. The sizes you should be using are 20 – 26 and the hatch is over around 11 o’clock so it makes for nice morning fishing. I use a double Trico fly tied on a size 18 dry fly hook, the bigger hook is easier to tie one and thread, I also find my hook-up rate goes way up using this so give it a try.
Posted by Jim Guida at 12:35 PM No comments: Links to this post

I took out a doctor friend of my mine to give some pointers and throw some line together. The conditions were about as tough as it gets with low clear water and high air temps. The fish were spooky and tough but, I managed to land over a dozen fish from 14” to an 18” brown, I took on a size 22 Griffiths gnat. We walked a lot of stream stalking and casting more than catching but that’s fishing, along the way we spotted some HOGS!!!!!!! Two fish over 22”. My friend and I tried every way to get into position to put a fly in front of them but, they didn’t get that big by being stupid. So much for big dumb fish we moved on and caught some smaller dumb fish lol. (Sorry guys I forgot the camara)
Posted by Jim Guida at 6:02 PM No comments: Links to this post 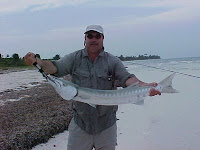 I have been very lucky to fish in some very good places but, Mexico’s Boca Paila Lodge is my favorite place to salt water fly fish and here is why. It’s only a couple hour drive from Cancun and easy to get to.
The Guides speak English very well and know the water; the fishing is easy for beginners and challenging for experts. Bones are plenty with lots of shots at permit, tarpon, jacks, cuda’s and snook. They have newer flats boats and you don’t have alot of driving time to fish as the docks are right at the lodge and you can be fishing within minutes of leaving your room.
Posted by Jim Guida at 4:11 PM No comments: Links to this post 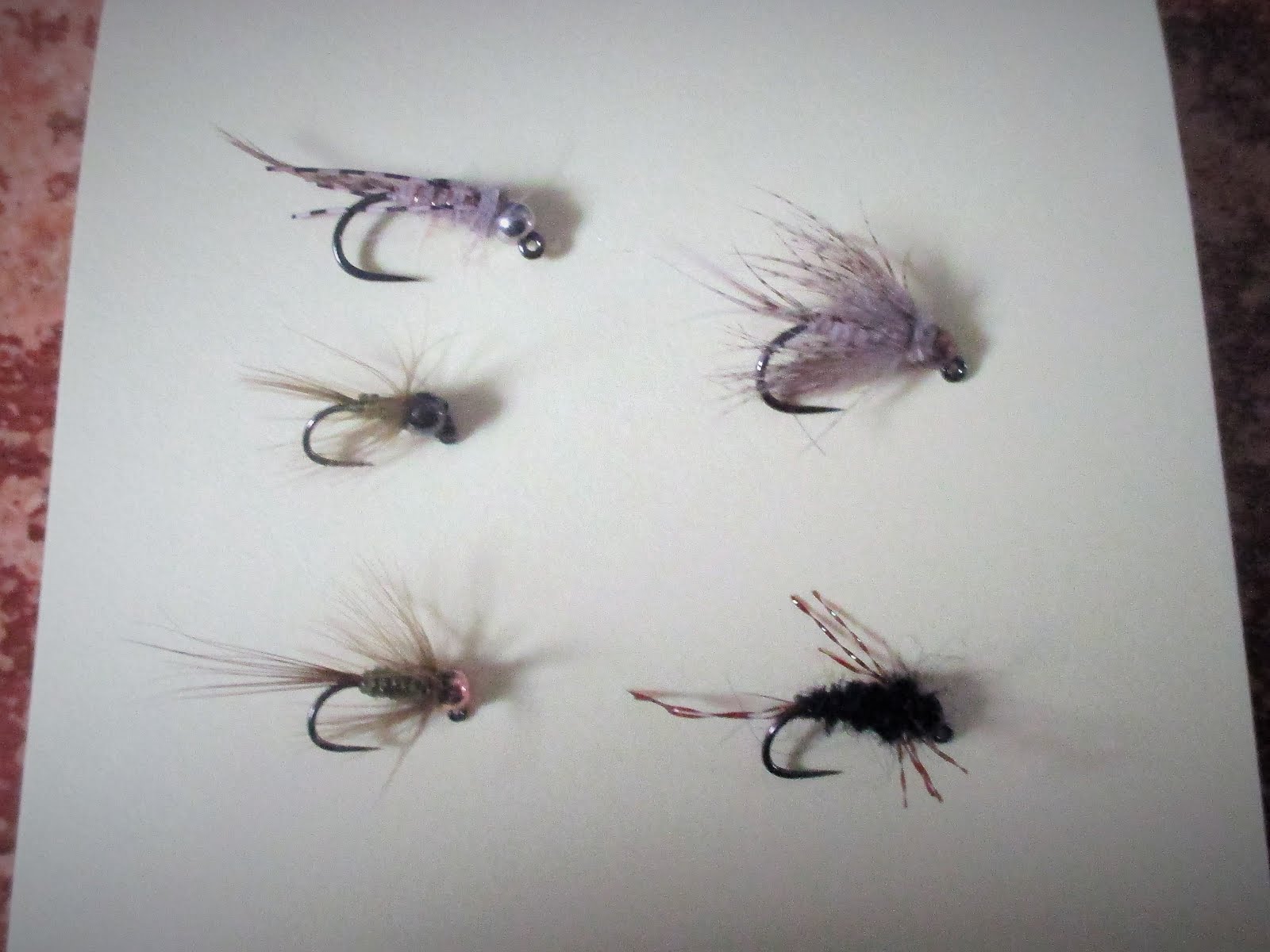